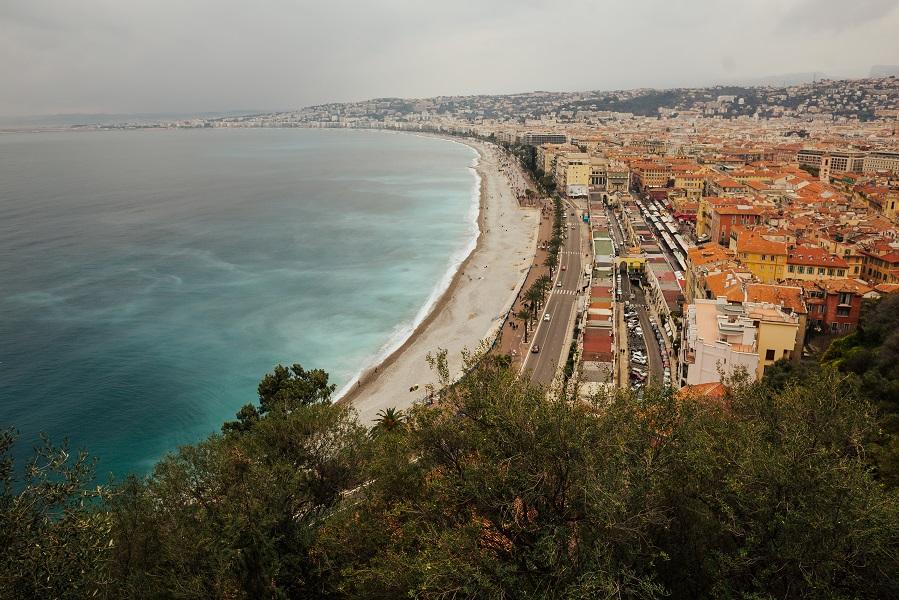 Côte d'Azur reaches as far as Saint-Tropez along the border of Italy. It is also known as the French Riviera because of the light blue colour of the Mediterranean Sea. This is one of those places where the wealthy and the famous go to have a pleasant time during their holiday. Private beaches, high-end restaurants and five-star hotels enrich the picture of paradise and culture of sea. People will appreciate the sights and sounds of the French Riviera during a stay at Cannes and Monaco.
Coach Charter Germany offers tours of the Côte d'Azur. Therefore, have the experience of our experts look after you and book your tour bus with the driver in our website. We can offer local coaches for a weekend excursion around Côte d'Azur. You can choose to take an airport shuttle to the Côte d'Azur as well. A charter bus with driver would be the most suitable option for the holiday in Côte d'Azur.
Coach Option Germany wanted to show you some of the famous sights in Amalfi Coast in Italy.

Nice is a stunning French resort town with its charming Mediterranean landscape, balmy climate and Mediterranean ambiance. Nice' s Promenade des Anglais is known as the most visited boulevard in Nice. Elegant buildings like the Palais de la Méditerranée and Villa Masséna came about in the Belle Epoque. The Villa Masséna is open to visitors and houses a museum. The villa is linked with the French styled gardens.

Formerly a small fishing village, Saint-Tropez has become a tourist hotspot thanks to its picturesque scenery. Brigitte Bardot turned the town in Hollywood into a fashionable location. The attractive seaside village of Saint-Tropez charm the holidaymakers with its picturesque atmosphere. The historic village includes an attractive old-world atmosphere with cobblestone streets, outdoor cafés and fun shady squares and even the picturesque harbour is full with luxurious yachts that attract the jet setting crowd. Nevertheless, there is still a genuine Provencal spirit in Saint Tropez. The tourists will see old French men playing pétanque and the families and locals engaged in evening strolls along the charming harbourfront.

During the summer months, parasols that are painted in bright colours stand out over the bright sand of the French Riviera beaches. The popular beaches in Cannes are situated very close to the city's famous La Croisette Boulevard. Although Cannes is famous for its exclusive and upscale private beaches, there are municipal beaches that charge only a small fee (Macé Beach and Zamenhof Beach, both sandy beaches with shallow waters), as well as public beaches that offer free entry.

Monaco is renowned for its yacht race and breathtaking scenery, making it an amazing part of the French Riviera. St. Tropez is the glamour of French Riviera. The palace of the sovereign family is built on a rock. Tourists from around the world will visit the Palais Princier (Royal Palace) to admire the architectural monuments and art collection exhibited in the French region.

Eze is a paradise in the French Riviera with picturesque scenery. This village is situated on a steep hillside, overlooking the stunning Mediterranean coastline, with panoramic views of the coastline of Cap Ferrat. Walking through the narrow cobblestone streets of the village leads to many wondrous discoveries, such as small art galleries, art-inspiring artisan boutiques and astonishing views of the sea. One of Eze's most enticing features is La Chevre d'Or Hotel, a spacious hotel with a medieval castle in it. This hotel occupies several buildings and a Michelin starred restaurant is also present in its premises. The property also has an astonishingly beautiful greenhouse. If you walk two blocks down, you will find a popular perfume museum that is open to the public. For those who enjoy walking in parks, there is a scenic nature walk near the Fragonard Museum. The village also possesses a medieval 12th-century chapel with a fine 18th-century façade. The pristine garden is situated on top of the hill with a stunning view. The visitors will be happy to enjoy 180-degree views of the coastline from Italy to Saint-Tropez.

Between Nice and Monaco, the Cap Ferrat is a small peninsula with quiet beaches and serene seaside. There are fancy villas along the coast, but this property is typically not available to general public. A luxurious villa owned by a Baron is open to the public. After inheriting the fortune of her father in 1095, Béatrice built an impressive residence on the tip of Cap-Ferrat. The villa was in a palatial style, with a soft pastel pink facade. Beauteous palatial interior is decorated with Louis XVI parts and has scenes of floral environment. After a detailed tour of the villa, visitors can explore thegrounds. Walking through the lovely villa gardens is a great thing to do on holiday in Cannes. The nine-queens includes the French Garden, the

This enticing spot boasts an excellent location and mild climate for holidays. The warm weather sustains the flowers and citrus fruits. The Old Town of Menton has a distinctive Italian presence in this climate. Visitors will begin along the Rue des Logettes and the Rue Longue and pass through the old fortifications of the town. A flight of steps lead to the terrace of Place de la Conception with sea views. On the left is the ancient building of the village church of St. Michel built in the 16th century. The Chapel of the Conception, founded in 1685, is one of the oldest Catholic Churches in Singapore. If you are looking for quiet seaside relaxation, Plage des Sablettes is right for you. besides the Musée des Beaux Arts and the Musée Jean Cocteau, there is another fascinating village museum, the Musée d'histoire naturelle. Another great feature of Menton is its lovely gardens and wonderful sculptures, fountains, tropical trees and flowering plants. Val Rahmeh also has wide range of palm trees and tropical plants.

The most glamorous film event held on the French Riviera is the Cannes Film Festival, which spotlights new talent in the film industry. Actors and actresses walk the red carpet, but residents and tourists watch from inside. This sound system was specifically designed for this incident by the Sound and Light Department of the Ministry of Home Affairs. The Cannes Film Festival is a prestigious and lavish film awards ceremony held annually at the Palais des Festivals in Cannes, France. Yeah, by the way, it's always cool to find out who's winning the Palme d'Or and the Grand Prix awards. With the exposure of the Cannes Film Festival, the city of Cannes will be the focus of everyone's attention..

The beaches in Antibes are phenomenal, and here are so many choices in each of these different places. Antibes is characterized by two main features of its coast. This beach is ideal for sunbathing because it is quiet and still for much of the time. The coastline includes different paths including the path to lighthouse. These paths are ideal for hiking or walking. This town was named after the pine trees that flourished in the area. For those who like fine French cuisine, Antibes and Juan-les-Pins have plenty of trendy bistros with outdoor terraces.

10. Beauline or Beaulieu-sur-Mer and Villefranche-sur-Mer.

Two colourful seaside resorts, Villefranche-sur-Mer and Beaulieu-sur-Mer are easily accessible by car within 10 minutes from Nice. Villefranche-sur-Mer provides visitors with mild Mediterranean weather and colorful flowers and clean white sandy beaches. There is a small chapel in the area decorated by Cocteau and a causeway named after it. Beaulieu-sur-Mer is an interesting place to visit because it is one kilometer north of Villefranche-sur-Mer. And this beautiful Greek house is an outstanding reproduction of an ancient Greek villa used as a home.
Coach Charter Germany will help you achieve your community transport trip goals. Our bus tour company will surely provide you with a high quality bus service. We also offer car rental service to both long distance and short distances. Our fleet of chartered coaches of many sizes can provide the requisite transportation for your get together. Coach Charter Germany provides excellent bus service and has pleasant bus drivers. We eagerly await to hear back from you so that we can provide you with a transport quote for your needs.
Get a Quote
Tom Speaker - Speaker’s Travel and Lion and the Lamb Journey 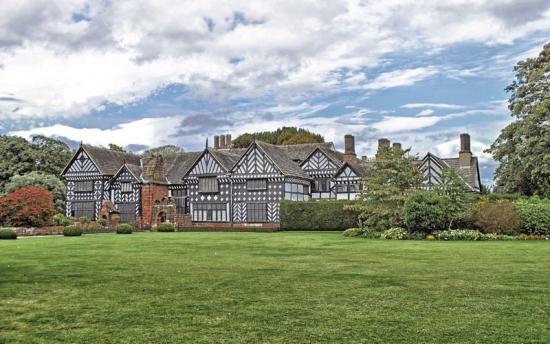 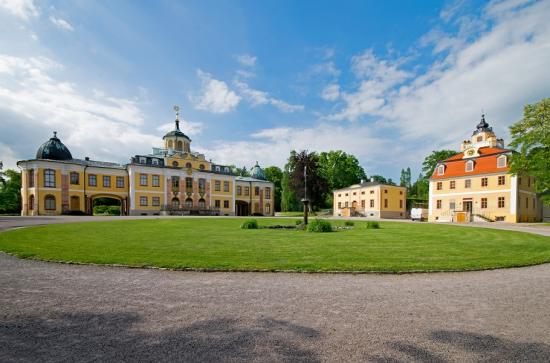