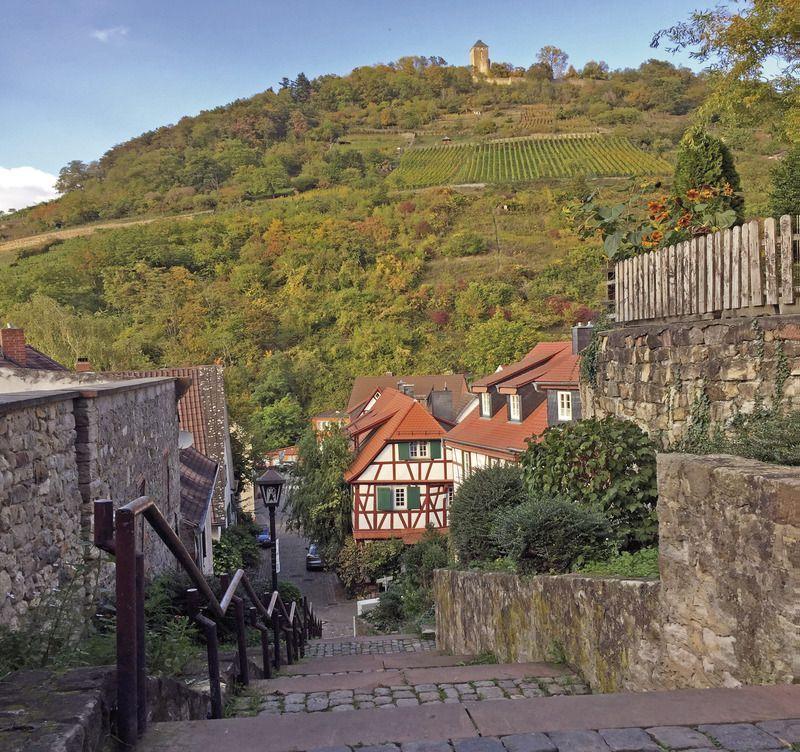 Only a few kilometers from the Rhine-Main-Neckar conurbations, Heppenheim lies between the Odenwald and Ried. Someone strolling through Heppenheim's old town will actually breathe history: medieval half-timbered buildings, charming alleyways and idyllic squares define the impression of the neighborhood, wine and festival region. The castle of Starkenburg stands high above it. Spring in Heppenheim stands for sun-drenched vineyards and perfectly blooming fruit trees; summer for theater at "Im Hof un uff de Gass," the Bergstrasser wine market and much more. When the autumn paints the leaves yellow-red and the vineyards shine, it is also a perfect time to come to Heppenheim. The winegrowers are busy at harvest time, and every corner has the scent of fresh wine-Federweißer and Federroter-and, of course, onion tart.
Coach Charter Germany is a family-run bus company with almost 50 years of experience in the tour bus industry and bus rental market.  We are always proud to provide exceptional charter bus services to our clients.  Owning a recent and state-of-the-art fleet of vehicles, we can offer all kinds of  charter bus services, like airport shuttle transfers, bus hire for full day or half day excursions, multi-day tours, business trips, or event transportation. If you are thinking about renting your own coach and driver for your Heppenheim trip tour bus hire, charter bus hire for multi-day tours, event transportation by VIP charter bus, options are without end.  If you consider booking your own coach and driver for your Heppenheim visit, please do not hesitate and contact our bus rental team at Coach Charter Germany to receive your customized tour bus offer fom our bus company today.
Here are our Top 10 tour bus destinations in and around Heppenheim:

The castle was built in the 13th century by the brothers Rudolf and Friedrich von Crumbach, who later called themselves "Von Rodenstein. Heppenheim Castel is named after the brothers. The castle was restored several times in the years that followed, and its exterior modified. The Rodenstein family lived there until they died of the plague in 1635. Being no longer in use, over the years the castle fell into disrepair. The ruins of the castle can be reached in the Coach Charter Germany Tour Bus, it is just about a ride of 30 minutes from Heppenheim.

If you love walking and hiking, why not visit the Felsenmeer for a day ? Book your tour bus and enjoy the half-hour trip into the famous Odenwald. The Felsenmeer is a rocky, dark-gray quartz diorite landscape in the Odenwald, located in the nature reserve area Felsberg bei Reichenbach. The area is very popular leisure area for families, hikers, and nature enthusiasts and is always a great choice to enjoy a few hours in the outdoors.

The historic Old Town of Heppenheim is a mostly preserved, picturesque old town centre with many timber-frame buildings. Several small remnants of the city wall have been preserved as well. Make sure to visit the Market square and Market Street. A bit outside of the old town, the Siegfriedstrasse is located. This is a street with a a number of half-timbered buildings fusioned with more modern architectural styles. Enjoy the architecture, watch the locals go about their everyday business, have some lovely food and drink, or just take a walk through the Old City.

After nightfall, Heppenheim becomes a place of fairy tales. Over 150 silhouettes by the artist Albert Völkl have been shining from street lamps in Heppenheim's Old Town since 2004, all of which depicting Hessian legends. They tell stories of ancient days, dragons, gnomes, and unredeemed knights. Tales of bravery and cunning, sacrifice and devotion. All lanterns are signposted, and visitors can follow the entire Lantern Trail and  explore the Old Town on their own

In the 1950s, remnants of the old Roman cobbled street were discovered during civil engineering work in Darmstädter Straße. The stones were secured and installed at Feuerbachplatz. This Roman pavement is a rare occurrence. The stones are wild cobblestones, partly polygonal, partly roundish in shape, as they have been used for thousands of years to secure streets, pathways and surfaces.

Starkenburg Castle is situated on the 295 m high Schlossberg, above Heppenheim. As you can enjoy an unforgettabkle view over the Rhine plain and the Odenwald, an ascent to the castle is surely worth your time. The fortress was built to protect the monastery at Lorsch in 1065. For the monastery monks the castle was an important refuge. Over the centuries the castle's importance decreased, an in the second part of the 18th century the castle was finally abandoned. As the castle had decayed over time, it was eventually destroyed in the 1920s and rebuilt by 1930. Nowadays it serves as a youth hostel and it is also a popular location for weddings and events.

The Melibokus close to Bensheim, just a half-hour drive from Heppenheim, is the highest elevation in the Vorderen Odenwald and the viewpoint par excellence. When the weather is fine, you have a unique view over the Palatinate Forest and the Taunus Mountains. For bikers, the Melibokus is a perfect starting point for a mountain bike tour. Around the Melibokus there is a wide network of cycle paths that invite you to take extensive tours.

The market place in Lorsch, not far from the Lorsch Monastery (UNESCO World Heritage Site) offers various places to stop for refreshments such as cafés, ice cream parlours and restaurants. Lorsch is only 10 kilometres west of Heppenheim and the market square is a perfect stopover for a cycle tour. Enjoy the weather, take a break with coffee, ice cream and a piece of cake.

The monastery of Lorsch was a Benedictine abbey in Lorsch in the district of Bergstrasse (Hesse) in Germany. It was founded in 764 and was a centre of power, spirit and culture until the high Middle Ages as an imperial monastery. The Lorsch Monastery has been a UNESCO World Heritage Site since 1991. Furthermore, it is a protected cultural asset according to the Hague Convention. The Lorsch Pharmacopoeia from the end of the 8th century was declared a UNESCO World Heritage Site in Germany in 2013.
The beautiful town of Heppenheim an der Bergstrasse is known throughout the world and you should not miss to visit this lovely town whenever you are in the area. Our tour bus company Coach Charter Germany is happy to assist you with your charter bus requests 7 days a week. Book an airport shuttle to Frankfurt Airport, hire your tour bus for day trips in the area. Rely on our professional and friendly chartered bus drivers and helpful charter bus rental operations team to make your charter bus trip to Heppenheim a success. .
Get a Quote 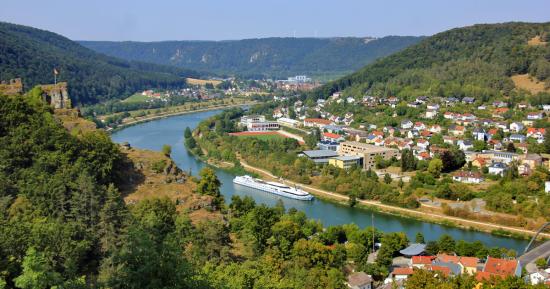 Booked on one of the most convenient Dutch floating hotels MPS-ESMERALDA. 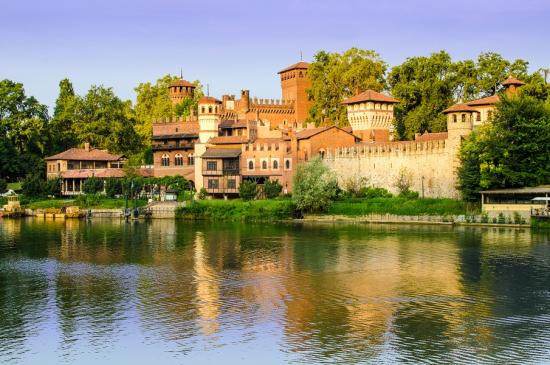 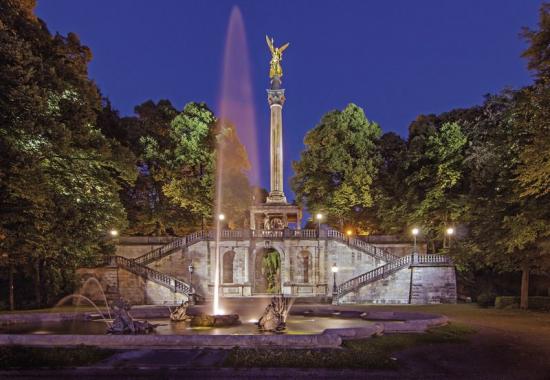