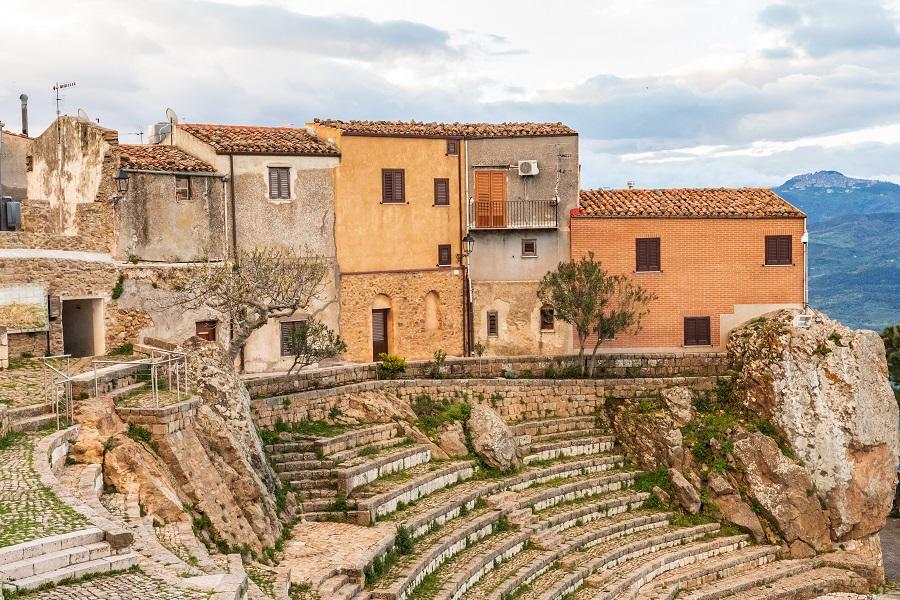 Bus Company from Coach Charter Germany would like to introduce Palermo, the capital of Sicily, which is the largest island in the Mediterranean Sea and is located at the bottom of Italy, close to Tunisia and Malta. With a population of 676,000 and a greater metropolitan population of 1.3 million, it is the cultural and economic center of the islands. Cave drawings were found in Palermo and human settlements were dated back to 8000 BC. Originally under Roman influence, after the empire had started to crumble, Palermo came under Germanic influence, then under Arab rule, and eventually under Christian rule in the 1000's. Today, Palermo is a lively city that has undergone significant changes since the 1980s and its economic centers around tourism and services. As a tourist destination, Palermo offers a wide variety of historic sites, ancient buildings and stunning coastlines to explore.
As a bus company with over 40 years of experience, Coach Charter Germany is your professional and versatile charter partner when it comes to planning your journey. We have a wide fleet of new tour busses of varying sizes and amenities. You can make the most of our services and book an airport shuttle or charter bus for your sightseeing trips or a high-quality VIP tour bus for your business trips. Our Coach Charter Germany charter bus Team is always at your fingertips and is pleased to provide you with a personalized rental bus service. Only let us know and ask for your personal Coach Charter German charter bus service.
We have a few ideas for places to visit in Palermo for you. Here are our top ten suggestions to see in Palermo with your own Coach Charter Tour Bus:

Thanks to the many intrusive nations and powers that were present in Palermo, this cathedral has a multitude of various styles and is a truly fascinating structure. Originally built in 1185 on the instruction of Pope Gregory I, the church had many uses, including a mosque and a crypt. The Moorish influence is evident on the outside and includes a fine central basilica and a tall Renaissance clock tower. In addition, the portico side entrance features many ornate columns and a triangular pediment with a detailed fresco. The charter bus will drive you there.

The Palatine Chapel is located near Pallazzo dei Normanni in the middle of Palermo and is one of the best preserved examples of Byzantine architecture and works of art in Europe. It was designed as part of the palace in 1132 and commissioned by Roger II of Sicily. Dedicated to St. Peter's, the chapel has a central basilica and a plethora of beautiful Byzantine art and architecture. Covered by beautiful mosaics with excellent detail and light, the walls and ceilings are filled with religious and historical iconography.

The Royal Palace or the Norman Palace was the residence of the Kings of Sicily. This is one of the oldest royal palaces in Europe and was originally built in the 9th century by the Emir of Palermo. The presence of Norman and Moorish is evident, and the palace exudes an official and stately atmosphere. The central courtyard, with some lovely stone arches and decorations, is the main feature of the exterior.

Located near the Massimo Theater, the Palermo Archeological Museum is a perfect place to visit for those who love history. This museum includes a large array of ancient Greek art and objects and items from the area and the island of Sicily. Split into various areas, the museum is easy to navigate — exhibits include marine objects, Phoenician objects, Roman artifacts, and more. Notable artifacts include the Palermo Stone, which includes a set of Egyptian laws, the marble statue of Satyr, and Lily.

Palermo is packed full of ancient and beautiful religious buildings, and Martorana is a delightful example. As with the Cathedral of Palermo, La Martorana also features an amalgamation of various architectural styles due to years of conquest. The church is situated in Piazza Bellini, next to the famous Fountain of Pretoria and Quattro Canti Square. Within this beautiful structure, the architecture and the artwork are once again stunning – the main dome features a golden mosaic of Jesus, and the ceilings and arches are full of frescoes.

A very small and beautiful church, this building dates back to the 6th century and is remarkably well preserved given its enormous age. Domed towers are situated at one end of the church and have a bright red color that is still highly vivid. The architectural style is considered a blend of Arabic and Norman, but later has Roman additions. There's a beautiful garden at the back of the house, full of native plant life and trees. Being one of the most significant Arab-Norman buildings in Palermo, the interior is still very accessible.

Sicily is full of mountains and hilly areas, and Monte Pellegrino is situated next to Palermo and provides a natural escape with spectacular views of the city and the Mediterranean Sea. Besides being a great tourist attraction, locals love to come here for a nice afternoon, and they're planning to do some nice. Just 9 miles from the city centre, this mountain is easily accessible and there is a regular bus service to the top from Politeama. If you're especially brave and fit, you can climb to the peak of Mount Pellegrino, but don't do that.

Who would have known that the theater would be one of the biggest buildings in Palermo? The Teattro Massimo is massive and towers over the relatively small buildings surrounding Piazza Giuseppe Verdi. Opened in 1897, it is the largest opera house in Italy and renowned for its acoustic qualities. For an exterior that looks more like a castle, this structure is truly opulent, but the interior is as luxurious as it is. Guided tours are available daily from the interior of this magnificent structure, including tours of the actual auditorium and its boxes. For film buffs, this theater is also the location where the fin is housed.

Ustica is a small island situated in the Tyrrhenian Sea, some 50 km from the coast of Sicily and Palermo. Excavations have been dated to settlements here for hundreds of years, with a total population of just over 1300. Ferries depart from Palermo Harbor to Ustica for a truly spectacular day ride. Here you can find a beautiful, rugged island landscape that retains its beauty and history. Explore the cliffs and climb to see the tower of Spalmatore, or even take part in the Scuba Diving that Ustica is well known for its deep waters around the base of the island. Rent a coach with a driver in our bus company and enjoy your free time on Ustica Island.

A basic yet popular attraction, the Quattro Canti is an open square located in the middle of Palermo. Completed in 1608, the square is a crossroads for Via Maqueda and Via Vittorio Emannuel, but it is the architecture that makes it famous. There is a semi-circular face at each corner of the square, which includes marble columns, inscriptions and statues of prominent Italian people and rulers. Their symmetry and style are amazing, and you feel like you've reached Florence or the Renaissance.
Rent your bus with the driver and you will be picked up from Palermo airport by the airport shuttle bus or by the coach charter bus service of Coach Charter Germany. Whether you're visiting Palermo on a private holiday or on a business trip, Coach Charter Germany is a bus operator and charter bus rental specialist that stands out. We give you a fantastic service and listen to all your needs: safe and comfortable, a new charter bus and tour bus fleet, friendly and professional drivers, a caring and attentive Coach Charter Germany charter bus booking team. We look forward to hearing from you.
Get a Quote 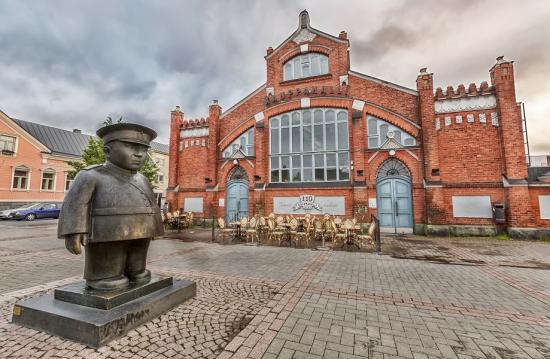 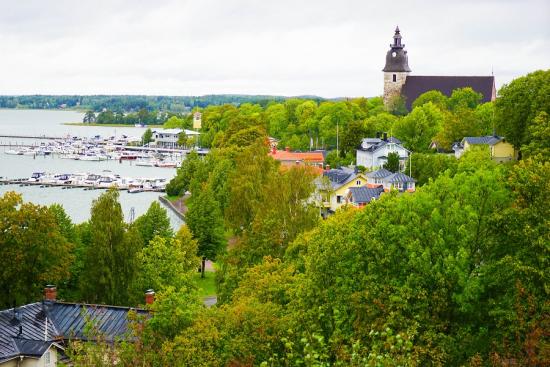 We are hoping that our bus charter recommendations for Turku will make plannning your trip easy. There are a great many places to visit in Turku.
Just enjoy your stay and let us take care of your charter bus transportation needs.
Explore the Top 10 places in Turku with Coach Charter Germany - your coach charter company 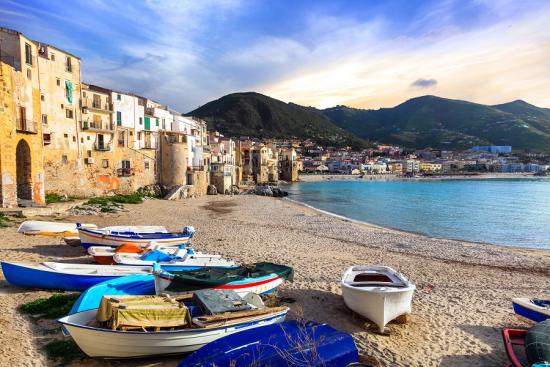 Bus Company will be delighted to show your party how Sicily has a friendly atmosphere with a great sense of humor, an ever-growing range of places to eat, drink and have fun, but still has a feeling of a small town that makes it easy to get around and relax
Visit the Top 10 places in Sicily with Coach Charter Germany - your coach charter company