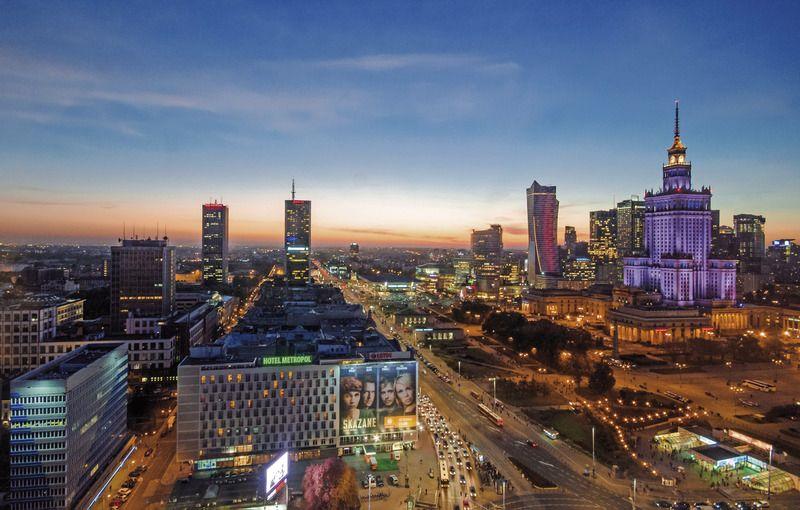 Coach Charter Germany invites your party to Warsaw, Poland’s vast capital. The varied architecture of the city – from Gothic churches and neo-classic palaces to Soviet blocks of houses and new skyscrapers – represents its long and tumultuous past. After its ruin during the Second World War, Warsaw's Old Town was restored. The market square with pastel-colored houses and many cafes is in its centre. The statue of the Varsovian Sir in the center of the square is the emblem of the town. It is no hyperbole to claim that Warsaw is an insurrection city. In 1945, 85% of the city was destroyed irrevocably. Today, though, we can go through the Old Town streets without realizing the destruction during the German invasion in 1939, the Warsaw Ghetto Revolt in 1943 and the Warsaw Revolt a year later.
Coach Charter Germany's bus company has thrived for over 48 years in the coach charter market. In our nearby bus depot, we can choose from many bus rental sizes and facilities from our fleet. From the airport of Warsaw our airport shuttle will take you to the selected hotel in Warsaw immediately. Our tour bus with a driver can be handy to explore the highlights of Warsaw. There is also the option of hiring a coach with a driver to other cities or to neighboring countries for several days. For any itinerary, the charter bus of Coach Germany is the suggested transport when visiting the beautiful surrounding area of Warsaw. To learn more about charter bus services, simply send a request via email to the Incoming Bus section of Coach Charter Germany.
Coach Charter Germany will recommend the following top 10 locations on your tour of Warsaw:

You are generally searching for authentic and untouched architecture and landmarks when you visit the historic centre. However, the marvel of this quarter after the experience of Warsaw in the 20th century is the comprehensive and faithful reconstruction carried out until 1962. After nearly nine-tenths of the city washed away, the restoration of the Old Town became a remarkable accomplishment and a UNESCO world heritage site. You would never have assumed that it was a mound of rubbles 70 years ago, if you went down the alleys and streets, past guilds, churches and burghers. Some of the sights we have not mentioned below are Canon Squa.

Nearly all the historical landmarks in Warsaw are located on a single axis, beginning from Castle Square and continuing south for around 15 km until they arrive in Wilanów Palace. Churches, parks, palaces, academic institutions and spacious townhouses are on this side. The three residences which give the trail the royal title are the Royal Castle in the center, the Lozienki Palace in its beautiful park of the same name and the Wilanów Palace at the south terminus. All of them represent the wealth and influence of the Polish-Lithuanian Renaissance Commonwealth.

The largest park in Warsaw is anchored on the Royal Path and is a popular weekend trip for families and couples. The Park began with the royal baths and was extended in the XVIIIth century with the great plan of King Stanislav II Augustus during the reign of Lazienki. The 76 leafy hectares include palaces, pavilions, two orangeries, an amphitheater, planetary gem, follies, walks, water characteristics and monuments of national standing. Maybe the most prominent monument was built in 1907 in an Art Nouveau style, but it was delayed by the First World War, and erected in 1926..

4. POLIN Museum of the History of Polish Jews

This museum was finally opened in 2014 for seven years and documents the millennial history of the Jews in Poland. POLIN was designed by the Finnish architect Rainer Mahlamäki and is located in the northern part of the former Warsaw ghetto in Muranów. In eight galleries, Poland is home to Europe's largest Jewish community through a mixture of authentic objects, reconstructions, and interactive exhibits.

The 90-meter facade of the castle of Manerist & Baroque, the seat of the Polish monarchs for centuries, can be found at the southern entrance of the old town. The castle has undergone two demolitions for 700 years, one by the Swedes in the middle of the 17th century and one by the Germans during the Second World War. The castle has been a museum after the last renovation in the 1980s where you can see the apartments of King Sigismund II Augustus of the 16th century and visit the House of Parliament, the fountain for Polish democracy and Augustus' castle. There are also many paintings by masters such as Rembrandt, van Dyck, Joos van Cleve and Gainsborough from the 16th to the 18th centuries.

The Warsaw Uprising Museum is located in a converted former tram power station in Wola district from August to October 1944. Upon entry, you can listen to the accounts of the rebellion participants by using pre-war telephone receivers. The Kino Palladium, a video showing videos from rebels shown on the Warsaw Palladium during the rebellion, is one of the most clever installations.

The Top Science Museum of Poland was founded in 2010, and has over 400 interactive exhibits in six fields from the origins of mankind to the region of light, each covering a different field, exploring the nature of light. For example, the World in Motion contains a quake simulator to be tested and a moveable model of a human skeleton on a bike. You can learn about urban environments and construction technologies in the Humans and the Environment field. Webcams display footage from the Falcon Nest in the Palace of Culture and Science and the Gorilla Enclosure in Warsaw Zoo..

8. Palace of Culture and Science

Almost always in Warsaw, irrespective of your view of this huge building. At 237 metres, the Palace of Culture and Science is the highest building in the Polish capital and is located on the 42nd floor of the Complex, which includes 4 theatres, a multi-cameras movie, two museums.

The most famous street in Warsaw is on the south side of Castle Square at the beginning of the Royal Road. There are palaces, valuable monuments and excellent Polish institutions, such as the Polish Academy of Sciences, the University of Warsaw and the Presidential Palace. Warsaw's second-oldest monument, the Virgin of Passau, is located across the road from the entrance to Bednarska Street. It dates back to 1683 and is a votive invitation to thank King Jan III Sobieski for his involvement in defeating Turkey in the battle of Turkey.

A few steps back from the Vistula River and the ground floor, the library of the University of Warsaw is strange: a long, austere stone façade and a scaffold-like blue porch from the center of Pompidou. Upstairs, however, is one of the largest roof gardens in Europe. Open from March to November, this 1-hectare space is a little dreamland with fountains, streams, pergolas, trees and gardens, and the windows and skylights of the library make you feel surreal. Fantastic views of the city include the Vistula, the new PGE National Stadium and the Copernicus Center.
We hope these suggestions will make your trip to Warsaw exciting. Exploring Warsaw will open your eyes and your senses to new and interesting experiences in a little discovered part of the world. There are so many places to enjoy heritage, arts, gastronomy, culture, learning and outdoor adventures in Warsaw.
Coach Charter Germany offers tours bus support at every stage of the journey. Coach Charter Germany's bus company has over 48 years of experience in the coach hire industry to ensure that your group can make the most of their planned trip. Bus Rental welcomes your request for any coach service you need for your next trip, whether it's airport shuttle service, day bus service or multi-day charter bus service. Tour bus company's modern busses come in a variety of sizes that can offer the best size for your group's travel needs. Coach Charter Germany has professional drivers and reservations team understanding. Coach Charter Germany is ready to take your travel plans by bus to offer the best quote for your next trip to Warsaw. 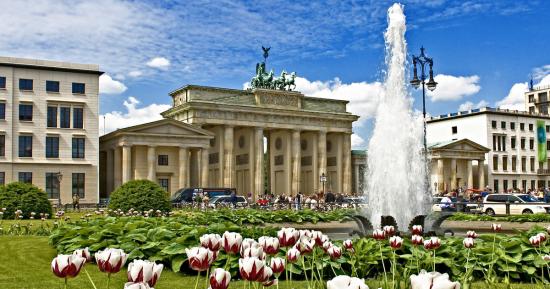 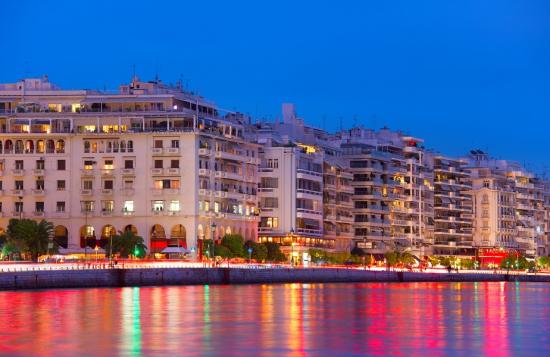 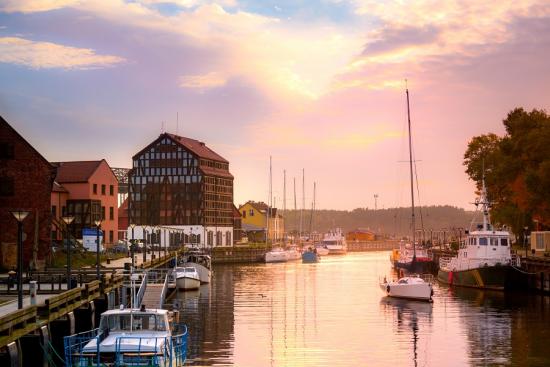 Welcome to Klaipeda!  Coach Charter Germany is the key bus rental partner if you plan to explore this legendary city. Hire a coach with driver and relish in the amazing building styles, the antiquity, the beautiful nature, great cuisine, music, and nightspots.
Visit the Top 10 places in Klaipeda with Coach Charter Germany - your coach charter company